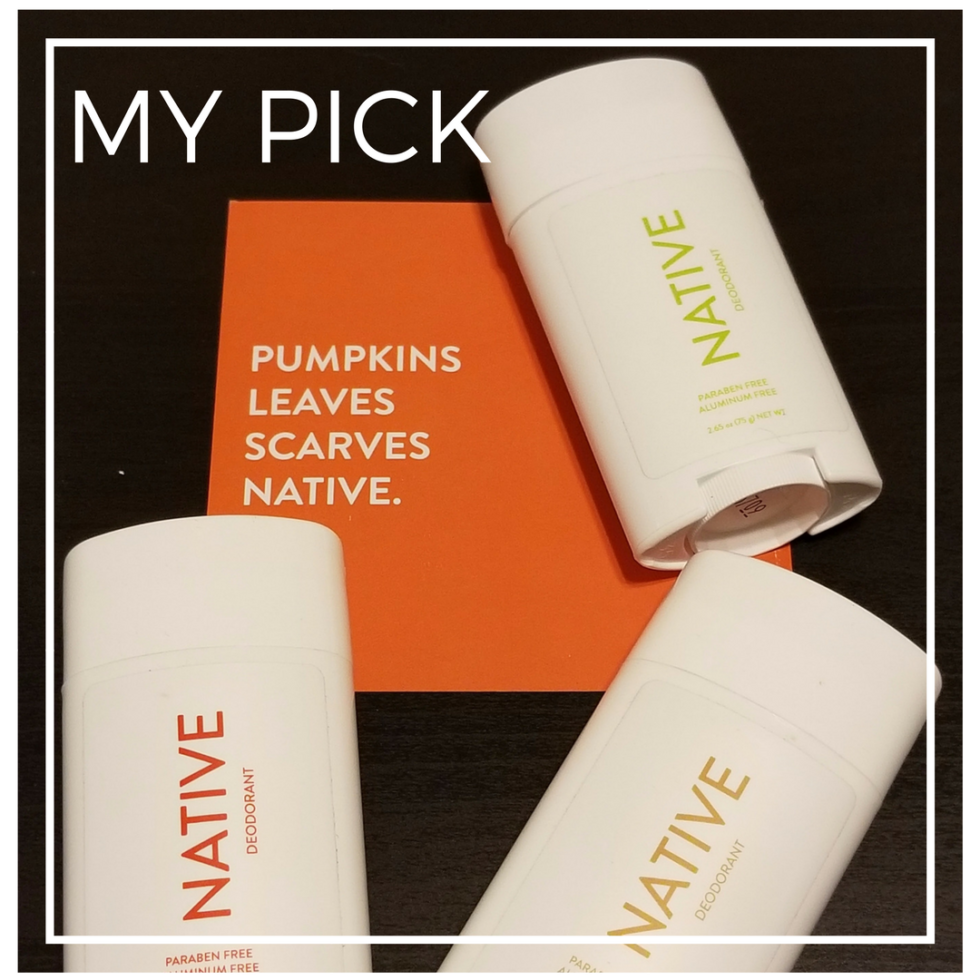 There are many compelling reasons we should switch to deodorant over antiperspirant. There are many myths surrounding the antiperspirant vs deodorant debate and it can be hard to differentiate the fact from fiction. But I finally made the jump from lifelong antiperspirant user to deodorant user about 3 years ago. For those that are concerned about the fact that I’m in San Francisco, one of the more temperate climates and are thinking, “But Dr. Michaela, you really don’t sweat much in SF, this isn’t really applicable to me, because I live in {insert hotter than heck place here}”. Fret not. I actually tested the majority of these deodorants in Phoenix, Arizona, also known as the oven of the United States. So lets get down to these comparisons…. (for the TL;DR version, scroll to the bottom or visit my Instagram page!)

As a self professed life long antiperspirant user, I really was looking for something that I didn’t have to reapply multiple times a day and that would make it so I wouldn’t be that smelly person. It had to withstand September temperatures in Phoenix, which are still in the 100’s to high 90’s. I expected to sweat (again, antiperspirant stops you from sweating, but deodorant just makes you smell nice while you sweat), but also wanted to avoid discoloring my clothes. I was looking for a deodorant that wasn’t completely foreign in the way it was applied and how it felt.

I was judging these products based on scents available, the form it was in, ease of application, if I had to reapply, how it felt on, if it stung after shaving, if it left a residue on clothes, and the cost.  Results are below:

First, I tried Lavanila from Sephora. They have 8-9 different scents, its available in a stick/solid, and was super easy to apply. I needed to reapply twice a day if I wanted to stay fresh for more than 12 hours. No sting and no residue on clothing and it cost about $14 a stick. It did pass the My-car-battery-died-in-101-degree-heat test, but I did notice I had to reapply by about 6pm that night. Overall, it was nice, but I wasn’t wild about the scents since they were all vanilla based.

This is an online product from Texas. It is available in both a solid and a paste. The paste felt like powdered sugar glaze, which was slightly gritty on my underarms. The solid needed a second to warm up before it would easily glide on. I didn’t love the paste as it was awkward for me to apply. But I never needed to reapply. No sting after shaving and the scents are fantastic. This was originally my top pick, but after about a year of wearing it, I started noticing my underarms getting darker and realized I had developed a fungal infection. I stopped using it for about 6 months and then tried again. The infection came back. So I had to stop it, but was really sad about it. I know many people who swear by this brand and I think my particular biome wasn’t compatible.

The smells were the best in my opinion and I loved that you could order samples. This is a Canadian company, so the products were slightly more expensive and shipping was kind of crazy. That being said, the deodorants are offered in multiple formulations and scents. I developed a rash from one of the formulations, but the other two were easily absorbed, with no residue or need for reapplication. I don’t love the paste formula and it was not available in stick form.

Lush has multiple deodorants and I’ll be honest: the last time I tried them was about 7 years ago. There are powder forms and solids. The solids are really dry feeling and kind of feel sticky. The powder was smooth and dry, but super hard to control and I ended up getting it all over my clothes. I definitely had to reapply multiple times and I didn’t love the earthy smells.

This one is my favorite. It comes in stick forms and has amazing seasonal and permanent scents like pear/lavender and coconut/vanilla. The stick looks almost identical to an antiperspirant stick. I love that it has probiotics in it to help combat smell and works really well for those who have not had success in the past with deodorants. I have not ever had to reapply and it doesn’t sting after shaving. I even wore this one to my visit to Chichen Itza where it was 100+ degrees and humid as heck and didn’t need to reapply! I think this one is a great first step for those looking to venture into the world of deodorants and is my go to for deodorant now!

So TL;DR: Native is my choice. It’s made in the USA, fairly inexpensive, almost identical in application and texture to antiperspirant, and smells great. I love the probiotics in there to help combat body odor and there has been no residue on my clothes. It comes in both sensitive and regular formulations and the shipping is oftentimes free!

Hope this helps you guys feel more brave to venture into the world of deodorants and leave your antiperspirant behind! Happy sweating!